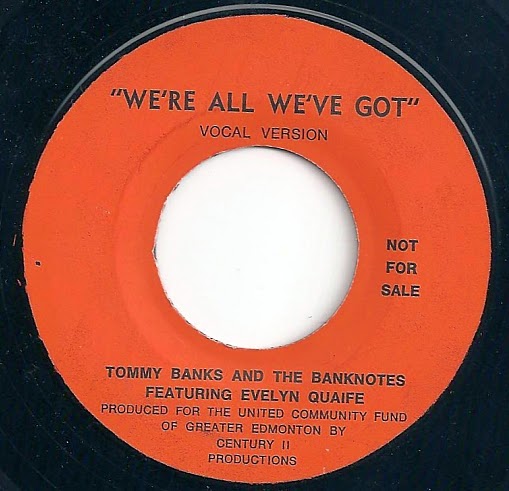 During one of my record collecting afternoons on a recent weekend I came across this Tommy Banks And The Banknotes 45 at at a local thrift store. Knowing nothing of the origin, I emailed Tommy to ask him of his recollections of the song, and he was gracious enough to email back w/ info on the session:

"I had no recollection of that recording until your email. We did that for what is now called “The United Way”; The UCF of Greater Edmonton was its predecessor.  That was the house band at the Embers, a nightclub at which we played between 1963 and about 198????.. I can’t remember who asked us to do it, or where the tune came from – I don’t think that any of us wrote it.  My recollection of those years is hazy because we were playing six nights per week at the club, and making one television show and at least two radio shows every week, plus the occasional TV special.  I have no idea how any of us survived that time.

Evelyn Quaife who was singing in our band at the time later moved to NYC and had a successful career there in opera – a very unusual switch – people don’t usually succeed in moving from pop/rock music into grand opera – but she did.

The rest of the band (if I remember the session correctly) is Tom Doran on drums, Bob Miller on bass, Bobby Cairns on guitar, Harry Pinchin and P.J. Perry on trumpet and saxophone respectively. I played the piano.  It was recorded in the studios of CHED Radio when they were located on 107th Street just north of 100th Avenue." 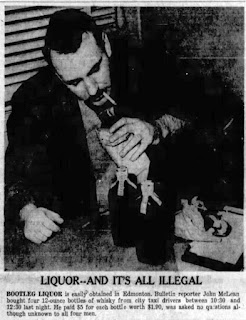 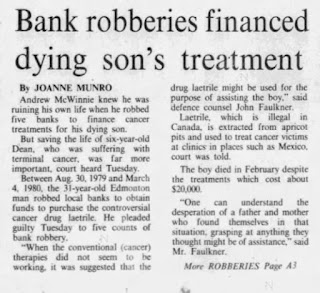 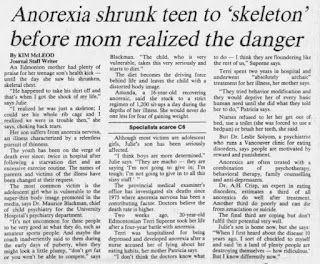 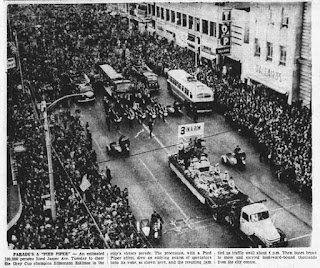