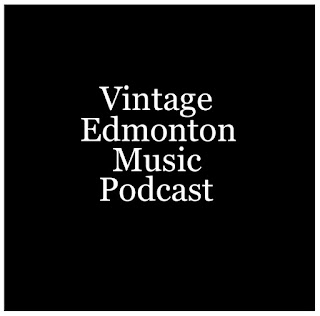 The Vintage Edmonton Music Podcast #2 features the Late 70's duo Randy And Sue and their album "Just For You", including their astounding cover of Neil Young's "Down By The River": 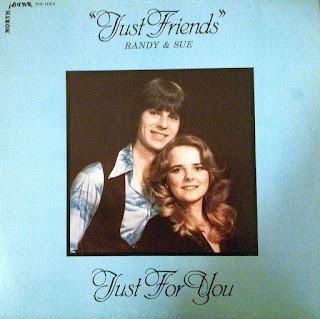 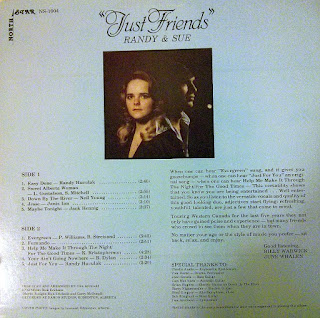 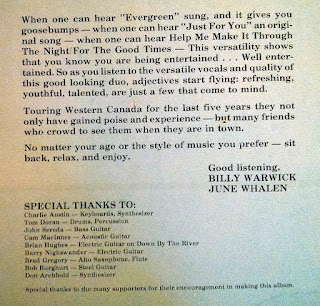 
July 13: I got an email from Susan (Whalen) Janzen a couple of days ago and she graciously filled me in on the history of Randy & Sue, the making of the LP, and what's she been up to recently:


"Randy and I were married in 1972 and worked as a duo touring western Canada for 10 years.   After five years on the road we started playing mostly in Edmonton and really wanted to record something.  Jack Hennig was a friend and we liked his tune Maybe Tonight - so we decided to record it as the single and go all in and record the album.

For a little personal history Randy and I met right out of high school -  I wanted to be in a group and he was doing a single at the time.  So we joined up - and called ourselves " Just Friends"

I loved singing and after Randy and I were divorced in 1982 I did a lot of Klondike shows around town during Klondike Days - and when I was approached to audition for Klondike Kate I was chosen as the first "local"  Klondike Kate and then won it again and so was the first  local Kate to do two years - 1986 and 1987.  I sang at the Grey Cups, Stanley Cups and numerous telethons and TV appearances..and travelled representing the city - it was a great two years.

I had great musicians work on this album.    I was fortunate enough to have Charlie Austin on keyboard who worked and travelled with me the  two weeks of K Days and we still work together occasionally.  Tom Doran is still around town and we ran into each other when we were out to hear Malory Chipman  - Tommy Bank's granddaughter sing just last week!

I remarried in 1988  to Dr. Henry Janzen, Psychologist and co host of the CJCA  talk radio show "That's Living" which ran for 9 years.

I don't sing professionally anymore, but did do a Christmas album and worked with Marc Atkinson on Honrby Island three years back to do another album.   Just because.   I miss singing so sing at seniors homes and hospitals when I can." 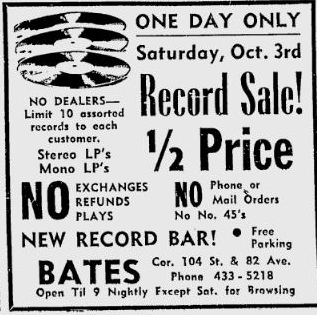 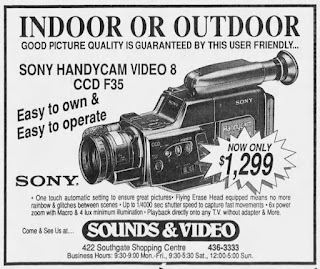