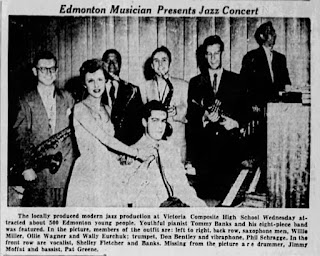 Tommy Banks' beginnings as a Jazz artist and bandleader (and one of the Fathers of the Edmonton Jazz scene) in the 1950s has always fascinated me. Tape and vinyl of Tommy in this time are few and far between, so when Jay Magus posted this amazing portion of a 1958 (?) episode of the CHED-AM show "A Talented Town", I was ecstatic. 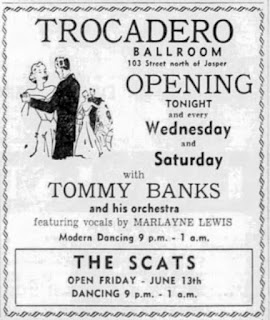 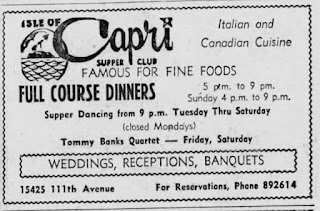 The show (airing on Sunday nights as part of "Club 1080") features an early version of Tommy's band consisting of Bob Miller on drums, Phil Schragge on bass and Tommy on piano, with Ray Magus (Jay's Father) on tenor saxophone and Doreen Young sitting in on vocals. Banks, Miller, Schragge and Magus were all youthful veterans of Edmonton's jazz and nightclub scene, and Magus was one of the founders of the legendary ground-breaking jazz club, The Yardbird Suite.

The band is absolutely hot in this set, with the trio and Magus really feeling it on the Dizzy Gillespie classic A Night In Tunisia and jazz standard I'll Remember April, while Young aquits herself well on the Gershwin standard Our Love Is Here To Stay.

The unamed host (possibly Rod Stephen) gets in a few digs at Calgary while interviewing Young and it's the cherry on top, along with listening to Tommy and the band cut loose with some tasty bebop jazz: 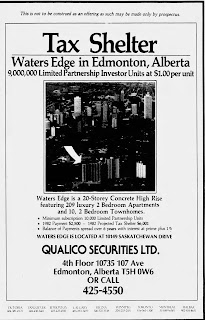 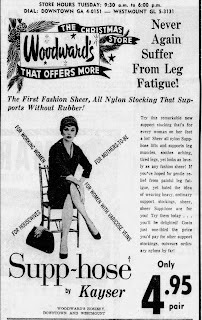 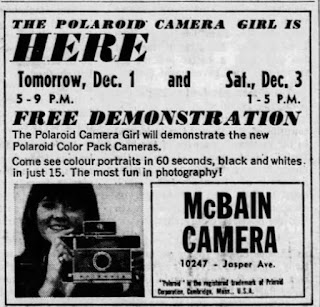 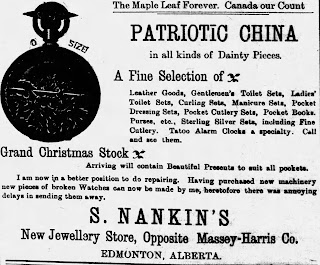 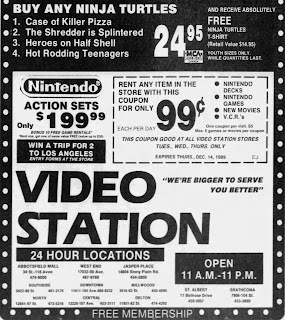