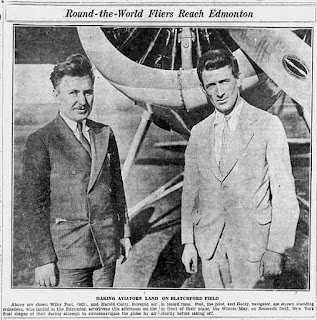 Thanks to a thread on twitter by Ian O'Donnell (which you can read HERE) I was compelled to go through the archives and read up on the first Around The World flight ever completed between June 23-July 1, 1931 by pilot Wiley Post and his navigator Harold Gatty. 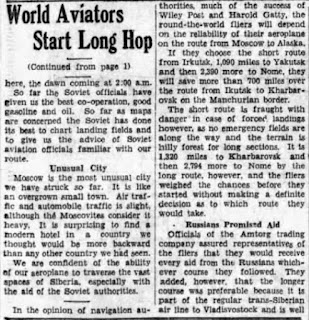 Post and Gatty reached Edmonton on June 30, at Blatchford Field w/ upwards of 1500 citizens, along with the Mayor and assorted dignitaries greeting the exhausted aviators: 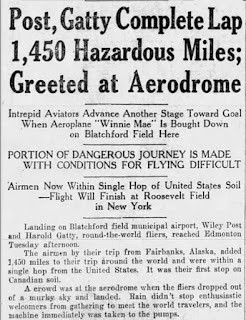 NBC was on hand to broadcast to millions around the world the landing and quick words from Post and Gatty; though the broadcast itself is lost, a transcript of the broadcast was published by The Journal and is a fascinating document of a seminal moment in Edmonton history: 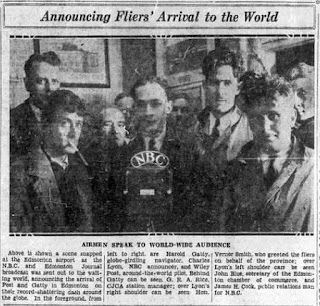 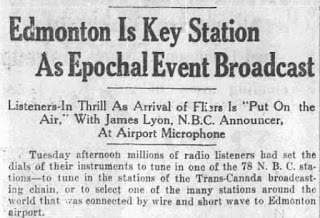 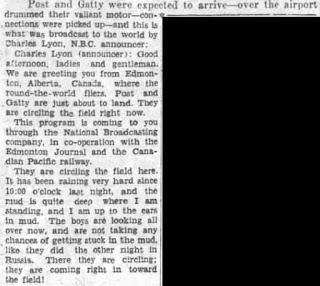 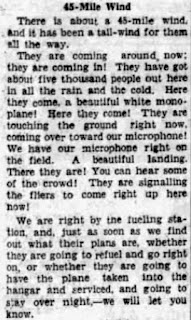 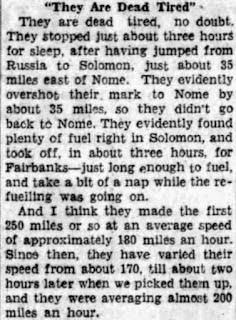 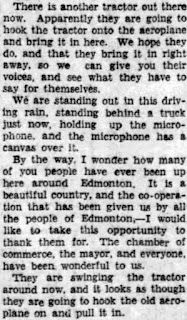 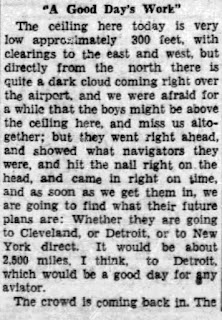 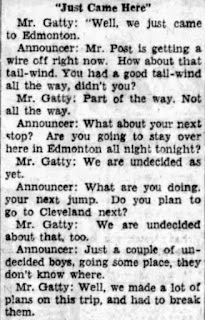 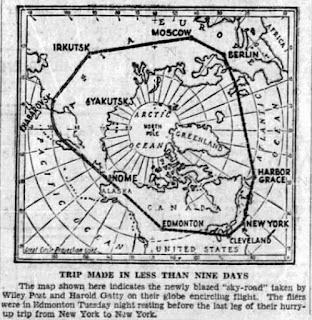 Post and Gatty were spirited away to the Hotel Macdonald for steak dinners and rest for a few hours while they answered questions from local reporters as they rested: 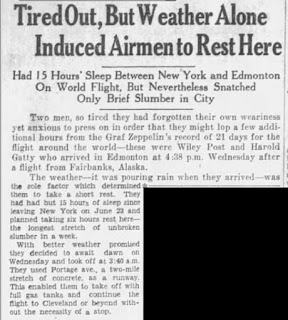 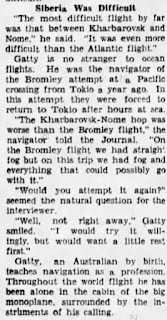 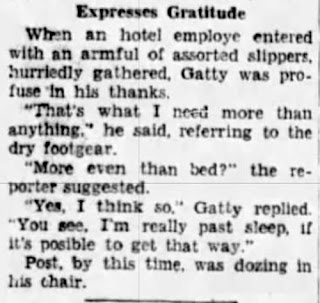 Post and Gatty left Edmonton in the early hours of July 1st, on their way to Cleveland before landing in New York City for the end of their incredible journey:

Post would make one more trip to Edmonton in 1933 as part of his solo Around The World flight (the first ever) and was warmly greeted.

Post perished along with close friend and world-famous humorist/writer/actor Will Rogers on August 15, 1935 outside what was then-known as Barrow, AK when their plane crashed on take-off: 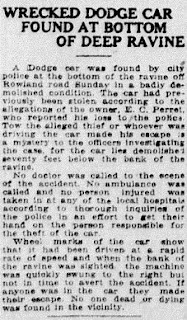 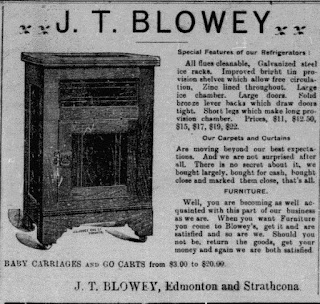